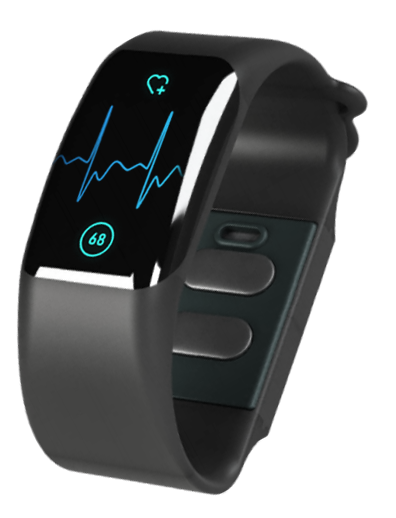 Unlike Other Wearables We deliver Therapy 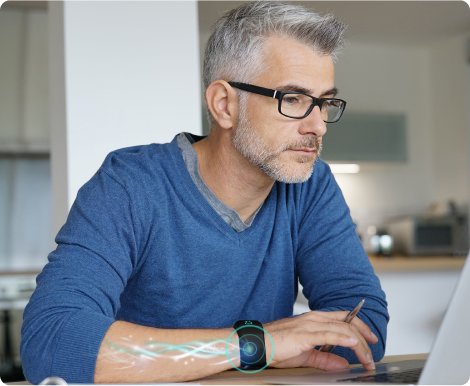 Unlike Other Wearables We deliver Therapy

A new approach in atrial fibrillation care to reduce episodes and symptoms by non-invasive electrical neuromodulation applied at the wrist.


A digital Neuromodulation wearable for people with atrial fibrillation with closed loop monitoring and machine learning algorithms. Aimed at reducing AF burden, symptoms and recurrence CardiaCare is a simple to use home-care system.
More information >

How does it work? 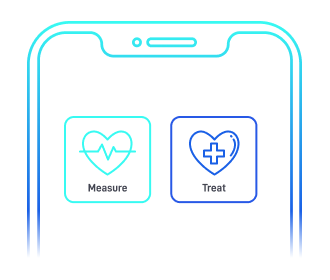 Neuromodulation of the Median and ulnar nerves of the wrist reaches the brain and balances sympathetic and Vagal nerve control over heart rate and rhythm.
More information > 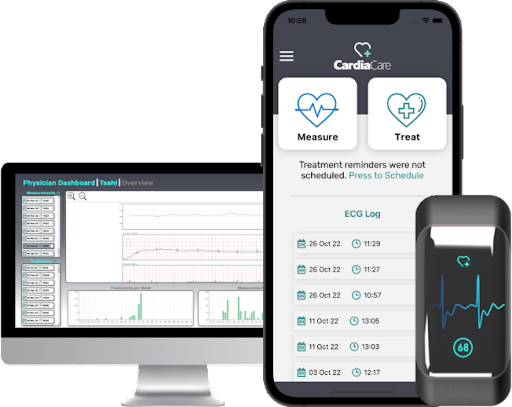 Lorem ipsum dolor sit amet, consectetur
adipiscing elit ut aliquam, purus sit amet luctus
“After 12 years of controlling my atrial fibrillation, my medication stopped being effective last year. I underwent an ablation, which failed to bring me into sinus. Immediately after a second ablation, which also didn’t succeed, I started receiving treatments with the wrist band technology , … despite my skepticism, I am impressed by the fact that, after the very first treatment (in December 2018), I went into sinus, and have remained in sinus ever since (7 months and counting) using the wrist-band technology only, which I now use only once every few week for maintenance… “

D.B. 68, Male, Israel
"I started to receive the therapy after two episodes of Atrial Fibrillation that came after a quiet period of five years in which I took medication regularly. The advanced technology led to the cessation of AF episodes in a very short time. Also, daily feelings of 'episode beginnings' that have accompanied me lately have completely disappeared. I love playing tennis. The therapy allowed me to continue playing and for that I am thankful every time I go on the court. I highly recommend anyone who suffers from atrial fibrillation to use the therapy. There is no doubt that his treatment reduces the incidence of AF episodes and can delay the need for invasive procedures such as ablation. Thank you very much from the bottom of my heart"

O. P 40, Male, Israel
"I started therapy about a year and a half ago after a number of episodes of accelerated and early heartbeats. "According to the cardiologist's recommendation at the time, I was already due for a first ablation. I am happy that in conjunction to drug therapy my condition is now stabilized. This allows me to live a normal life with a significant reduction of those daily, bothersome and frightening feelings of accelerated heart rate and irregular beats. After a while, with my physicians' recommendation, I even managed to reduce the dosage of my medication. In addition, the therapy helped me deal with nightmares that bothered" me from time to time. This was a 360 degree treatment. This was the first time I received such and effective and comprehensive treatment. Thank you"